by Christina Germano on November 7, 2019

Gen Z students are head over heels for Target. When college kids search Google to shop, brands like Amazon, Whole Foods, and Apple typically rank among their favorites, but they just can’t compete with the big red bullseye.

What does Target have that other Gen Z brands don’t? Why is a “Target run” a coveted tradition of college life? Why is Target so confident in this trend that they opened shops right on college campuses?

Although Gen Z lives and breathes a largely digital life, college kids still do most of their shopping the old-fashioned way: They put on socks and shoes, toss a bag over their shoulders, and head out the door to a brick-and-mortar store. Sure, Target will deliver, but most students still want to touch the storage bins, sheets, bags, and groceries that they’ll put in their dorm rooms.

In 2017, Target saw sales jump 10 percent after pouring billions of dollars into the company’s omnichannel presence—part of an effort to make it “America’s easiest place to shop.” These enhancements include drive-up service and a visual search partnership with Pinterest.

Target isn’t satisfied with just selling to Gen Z. Nope. Instead, the company directly incorporates this generation into its product development process. Case in point: the Target Incubator, an eight-week course that gives Gen Z entrepreneurs a platform to test and sell their product ideas and gives them crash courses in the retail business—while bolstering Target’s reputation in the process.

Products pitched by Zs this year include Jamaican dried mangoes that empower women farmers; a cocktail napkin that can detect drugs in a drink; and custom-made dolls that look like children who aren’t typically represented in toys.

The Target Incubator teaches young entrepreneurs the finer points of pitching ideas, growing brands, and negotiating contracts, and the course culminates with a final presentation to company leaders at the Target Incubator Conference.

How Target beats its competition

While Target and its competitors look alike on paper (think: big box stores that sell many products at low prices), Target distinguishes itself with a few key tactics, like size, for example. For a big box store, Target locations are actually on the smaller side: A typical Target is 135,000 square feet, while its competitors clock in at 170,000 or more. That difference amounts to nearly an entire football field of square footage, and it can make the experience of shopping at Target easier compared to its competitors.

Target has also learned from its competitors’ strengths. For example, Amazon’s massive collection of product reviews are a treasure trove of consumer insights. Target leveraged them to build a smaller and more finely curated selection of products, similar to how Amazon displays what “others ultimately bought” or products “suggested for you”. Whether it’s coffee or body wash or cotton towels, you’re likely to find fewer, higher quality choices than you would at most other big box stores.

Target’s crisp, clean, and engaging advertising is summed up by its ultra-simple logo: the iconic red bullseye. In keeping with its fun and simple brand, Target takes what is usually tremendously boring—shopping for things like toiletries and milk—and makes it look fun, bright, colorful, and diverse. These aesthetics appeal across generations, particularly Gen Z.

Gen Z values inclusivity and diversity in the brands it does business with, and on this point, Target has also been out in front. It has designated certain sections of stores as gender-neutral and has a longstanding policy to let transgender staff and customers use the bathroom of their choice.

Take lessons from the red bullseye

Going forward, the most successful brands will be those that have the best buying experiences, and Target has locked in Gen Z’s favor by providing just that. If you want to learn the most effective ways to make your brand appealing to Gen Z, download The Gen Z Marketing Playbook. 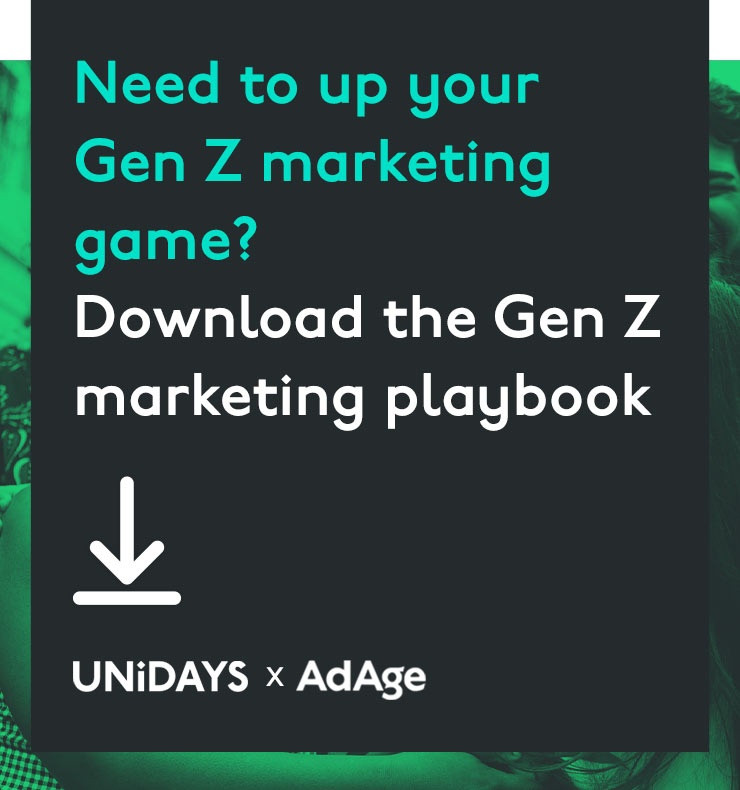 Maybe it’s nostalgic self-care, but Bath and Body Works is popping up all over Gen Z social channels. Take a look at IG, and you’ll find tons of love for the...

BrandZ we love: Beats by Dre

Beats by Dre’s artful embrace of Gen Z values and transparency around who they are—and aren’t—has ranked them among Gen Z’s favorite brands. Here’s a breakdown...