A recent study shows that a majority of Gen Zs feel empowered to shape the future. Here are two examples of how the women of this generation are making their voices heard.

Since its inception in 1911, International Women’s Day has been celebrating the the social, economic, cultural and political achievements of women around the world.

This year is no different. And while Gen Z females came of age in less than idyllic times, (political unrest, gun violence, environmental concerns, the realities of an always-connected world), this has not embittered them.

In fact, quite the opposite. 85% of this generation, born in the mid-1990s to 2012, feel empowered to shape what the future will be. Gen Z women are working to define and shape the world as they wish to experience it.

Here are two Gen Z women from opposite sides of the globe who are doing their part to make International Women’s Day their day—everyday.

It’s not uncommon for little girls to dream of their wedding day, even playing dress up or improvising gowns fashioned from household items. However, some little girls' experiences with marriage are something altogether different. Every year, 12 million girls are married before the age of 18—child brides dealing with a harsh reality.

Such was the case for Sonita Alizadeh, when at 10 years old, her family first considered selling her as child bride in her native Afghanistan. Alizadeh avoided being sold, fleeing with family members to Iran where she supported her family by cleaning offices and bathrooms. With access to no formal education in Iran, Alizadeh taught herself to read and write. Along the way, she discovered a passion for music. Inspired by the Iranian rap artists she heard on the radio, she started writing her own songs. 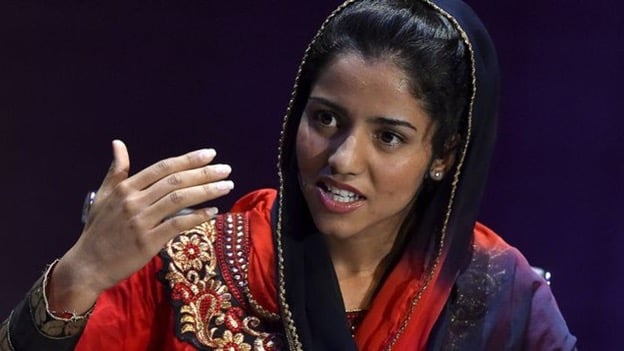 Photo credit: Women in the World, courtesy of Strongheart Group

When Alizadeh was 16, she was again told she would be sold into marriage; this time because her family needed money to pay for her brother’s wife. She responded by writing the song, “Daughters for Sale,” posting a video on YouTube. The song went viral. A nonprofit organization in the U.S. saw it and reached out to Alizadeh, ultimately helping her escape to the United States. Now, as a 22-year old college student at American University, Alizadeh is the leading youth advocate standing up against child marriage.

Using her voice as a ‘rap-tivist,’ Alizadeh is inspiring young women around the world to stand wither -- and stand up for their dreams. As she states on the advocacy site, Sonita.org, Alizadeh says, “My story is just one story. My voice is just one voice. I want to extend the mic to the many young people in the world working to end child marriage.”

Speaking before the North Carolina General Assembly in late spring 2018, 17-year-old social justice advocate Lily Levin spoke about her perception of the country’s gun laws. Addressing the crowd, she said, “When you prioritize a piece of paper and a weapon over human rights, we have a gun problem.”

She went on, “Before we go to school, to our sisters, brothers, mothers, fathers, loved one and friends we say ‘goodbye,’ knowing that this could be our last goodbye. I stand here in front of you because America has a gun problem.” 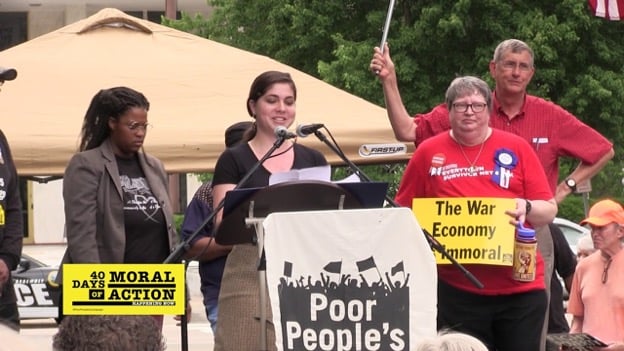 Inspired by her work at the ACLU Summer Advocacy Group, Levin, along with a fellow high school classmate, formed Triangle People Power to focus on civil liberties—especially those targeted in North Carolina.

When asked what the group’s main area of focus is, Levin is expansive. “Our work does not pertain to one issue specifically; we advocate for any and all civil liberties targeted by those in power and impacting under-represented and marginalized groups of people. Those of us with privilege recognize that—and know that we must be activists and expand our worldview simultaneously.”

Gen Z is stepping up to shape the future

Just as International Women’s Day belongs to ‘all groups collectively everywhere,’ so it seems that these young Gen Z women also inspire others beyond their hometowns—be it the Middle East, North America or anywhere in between.

Read More
Who is Gen Z? Money and Finance

When it comes to money, we should all take notes on these Gen Z habits

When you think of Gen Z vs Millennials, what do you think? Which group do you think is the most frugal? Which is more mindful about where they spend their...

Vibe check: We asked Gen Z how they’re feeling about the holidays

Over the past several months, UNiDAYS has conducted ongoing surveys among Gen Z students to get their insights and track any changes on topics ranging from...

In a valiant effort to make something good of 2020, statistics show that Gen Z are turning to “micro holidays”—smaller, less mainstream events that lend...