Is VSCO sneaking up on Instagram as Gen Z’s fave image app?

For years, Instagram has reigned supreme over image-based app platforms. But, an up-and-coming photo editing app that’s a hit with Gen Zers might finally give Instagram a run for its money.

Introducing VSCO: a photography editing and sharing app conceived by Visual Supply Co., a company that got its start building photo editing tools for Apple and Adobe. The app offers both free and paid subscriptions, the latter of which rings in at $20/year and offers a wider range of filters than the free version.

VSCO earned its stripes among photography enthusiasts early on, maintaining a steady spot among the app store's top 15 photography and video apps since its initial 2011 launch. Recently, though, it’s gained traction with a much wider audience—including Gen Z. In April 2018, VSCO surpassed 30 million overall users and 1 million paid subscribers, a whopping 75% of which are Gen Z. That means over 750,000 Zs are willing to pay $20/year for the app. 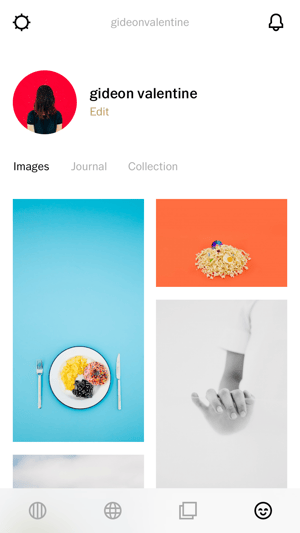 Social media, social anxiety, and how VSCO got a leg up on Instagram with Gen Zs

Given the similarities between VSCO and Instagram (a focus on photography, a social sharing function, etc.), these stats beg the question: Could VSCO be Gen Z’s next “it” platform? (We’re careful not to call it a social media platform, something VSCO has made it clear that they are not intending to be.)

To be clear, Gen Z (and millions of other users worldwide) still love Instagram. On a daily basis, users publish over 95 million posts and dole out over 4.2 billion ‘likes’. But, Instagram’s virality and popularity might also be its downfall, as users have grown increasingly wary of the social pressures inflicted by the platform’s “like” feature.

It’s true: researchers found that social media has had an overall negative impact on users’ mental health. Many believe that the “like” feature has fueled feelings of anxiety, depression, and negative body image among users, especially more impressionable, younger users.

VSCO, on the other hand, surpasses the photo editing capabilities of Instagram (according to loyalists), focusing on the users’ artistry and creativity, which resonates strongly with a generation eager to express themselves. While the app includes social sharing features such as direct messaging, followers, and a live photo feed of users’ interests, it lacks two key Instagram features: likes and comments. Given that 29% of Gen Zers say social media “tears apart their self esteem”, it’s no surprise that a low-pressure app like VSCO is gaining popularity.

VSCO is shaking things up in social media

For the time being, Instagram isn’t going anywhere, and VSCO has yet to become a platform that has a real value proposition to offer brands. At the same time, marketers would be remiss to ignore the pitfalls of Instagram’s “like” feature (even Instagram itself has noticed it and started testing a version of the app sans-”likes”). There may come a time when Gen Z grows weary of its constant gnawing at their self-esteem.

Long story short: Keep your eye on VSCO. It just might be Gen Z’s next hot platform.

It’s no secret that Gen Zers love using social media platforms to connect with brands. Also known as zoomers, 97 percent of Generation Z reported having at...

7 ways to be relevant to Gen Z on social media

Digitally native Gen Z spends a lot of time online staying connected through social media. Is your brand staying relevant on the platforms they use most?

Marketers, you’ve probably heard about or worked with influencers, but do you know just how impactful—or potentially detrimental—they can be to your brand?...

Here are the Top 3 Food Trends Among Gen Z Right Now
What’s a yeet? 10 Gen Z slang terms explained
All the Gen Z statistics you could ever ask for, right at your fingertips
The most defining Gen Z traits
How fashion brands can capture Gen Z in just eight seconds